Days: 6D/5N
HUAYNA POTOSI (6.080 m), is located 25 km from the city of La Paz. The mountain is crowded. Its normal route easily accessible by road La Paz - Zongo. The mountain of Huayna Potosi joins the line of the Cordillera Real peaks by a string of minor but abrupt. Huayna Potosi has a special attraction, an aesthetic appeal for the mountaineer. In recent years, the normal route has been climbing hundreds of times per season, which is comparable to Huascaran in the Cordillera Blanca of Peru.

The best time for climbing in the Cordillera Real is between the months of May and October, when rainfall is minimal and the skies are fairly clear.

Day A. - Arriving La Paz Airport – Transfer Hotel
The airport is located in the city of “El Alto” the highest international airport in the world from here you will be transferred to your hotel descending approximately 30 Min. into La Paz. Do not stress much about the altitude, our program has been designed to get you gradually acclimatized. At the beginning we strongly suggest you to take it very easy, drink plenty of water and eat lightly You will have the rest of the day free. At early evening we will have a briefing meeting and a welcome dinner

Day 01.- La Paz – Rinconada – Base Camp ( ChiarKhotia Lake)
We leave La Paz in a private vehicle around 8:00 a.m. for the village Tuni where the vehicle drops us. there our muleteer will be waiting with the donkeys to help us carrying our stuff to campsite. from here where our trek starts. First we hike parallel with the lake Tuni and thereafter we walk up a beautiful valley which brings us to the ChiarKhotalake .
Our campsite it is located at the shores of a lovely lake called “Chiar Kota” (Dark Lake). While we approach to base camp, we will get surrounded by beautiful peaks. One of them projects from the rest: Condoriri. It resembles a condor with its wide-open wings.

Day 02.-Acclimatization Day ( hike up to Cerro Austria 5.300m)
Known as Austria or Cerro Negro, is a easy trekking peak that can be reached via moraines and rock slopes with no technical difficulty. Sometimes there is some snow on the slopes and depending on its deep we will probably need plastic boots and gaiters. Normally, no climbing equipment is required. It will be a great exercise to complete our acclimatization process and a unique opportunity to enjoy one of the best views of the Cordillera Real

Day 03.- Base Camp – Summit Pequeño Alpamayo at 5,370m. – Base Camp
Early in the morning we will be have breakfast aprox. 3:00a.m. after we going to go toward glacier , after only an hour of walking we will reach a glacier. Here we will need to put our crampons . First we have to climb MtTarija (5250m) a smaller peak. after we will down aprox. 60m. then continue toward Pequeño Alpamayo summit . from the summit we will see views of Huayna Potosi (6088m). cabeza de condor condoriri after by the Same route back down.

Day 05.- Base Camp – High Camp Huayna Potosi
After organizing our loads with the high-altitude porters, we will start the ascent following the slopes between rocks and moraines on the north face of the mountain. Around noon we will arrive to the edge of the glacier (lower high camp) There overnight

Day 06.- High Camp – Huayna Potosi Summit 6,080m. – Base Camp – La Paz – Hotel
After a light breakfast we will get ready to start climbing glaciers, crossing crevices and steep frozen slopes to arrive at the foot of the final pyramid. There we follow either the north crest or the east wall to the summit.
After we take our photo shot on top, we head back to high camp. There we pack up camp and the porters meet us to bring all the equipment and personal gear down. back to La Paz. 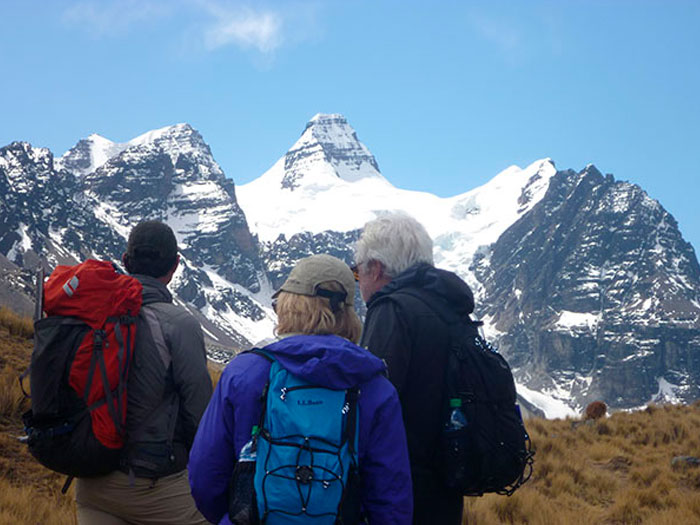 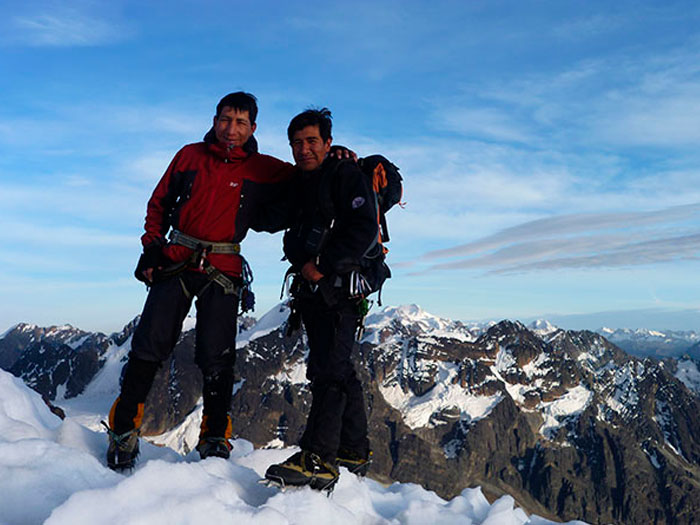 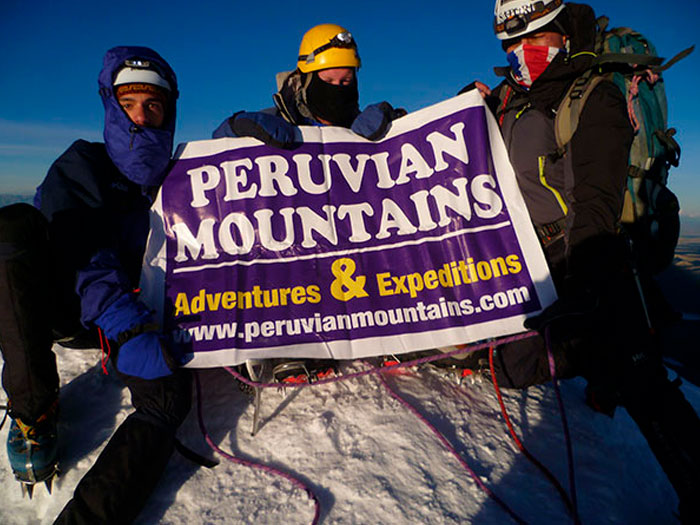 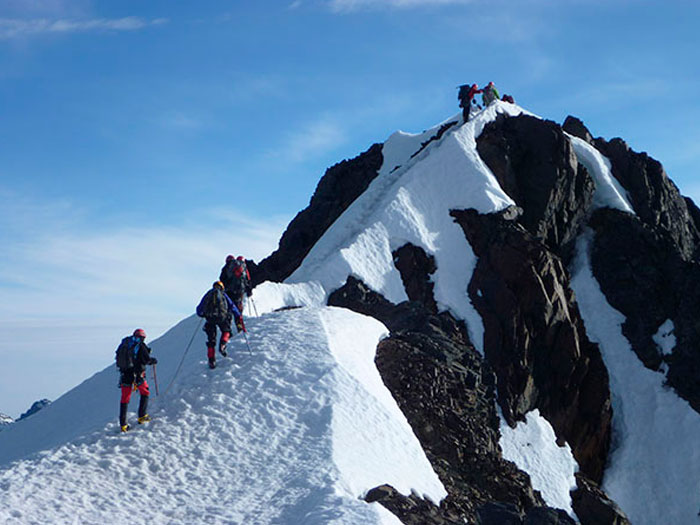